TNMOC offers visitors the chance to experience and understand the evolution of United Kingdom’s computing history from its clandestine use by the military in the 1940s, to the introduction of mainframes between 1950s and 1970s, and eventually, the growth of the personal computing space from the 1980s onwards. TNMOC is widely regarded as the premier historic computing institution in the United Kingdom, and approximately 150,000 Britons visit the museum annually.

TNMOC was founded on 12 July 2007 inside Block H of Bletchley Park estate under the leadership of co-founding trustees Andy Clark and Tony Sale. The bunker-like and bomb proof Block H, which was built in 1944 using reinforced concrete, was originally meant to safely store six Colossi, which are state of the art (at the time) codebreaking computers.

TNMOC does not receive public funding, and instead, rely on private donations and admission fees to fund its operation.

TNMOC displays new working exhibits on a fairly regular basis to complement the over a dozen permanent exhibits. However, the three highlight exhibits at the museum are:

• The Colossus Gallery: The world’s original electronic computer, named Colossus, was designed for one purpose – the break the Lorenz-encrypted communications between Hitler and his military officers during World War II. Over the years, books, movies and TV shows have covered this riveting chapter of history quite comprehensively, but the stars of the subject have always remained the same – the legendary Colossus computers. 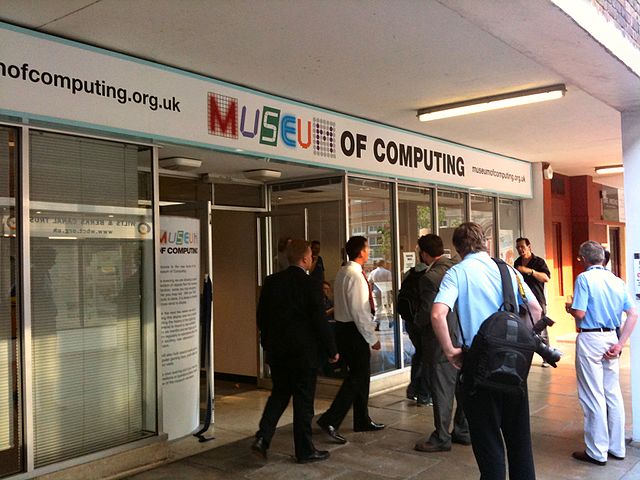 The Colossus Gallery at TNMOC. Image courtesy of Wikipedia.

• The Tunny Gallery: Features the Tunny machine and the entire codebreaking apparatus, including the ciphers in relay stations in occupied territories and the receiving station in Kent.

• 1st Gen WITCH, EDSAC: The exhibits here are the massive Harwell Dekatron (also known as (WITCH) from the 1950s and the EDSAC computers from 1949. Remember the giant computers with blinking lights from movies in the 1960s and 70s? They are replicas of EDSAC and WITCH.

Bletchley Park is located approximately 51 miles north west of London. You can get there either by driving via the M1 and A5, which takes about one hour and fifteen minutes, or by train on the Virgin or West Midlands Trains from London Euston to Bletchley railway station, which takes about one hour and six minutes. The Bletchley railway station is located just 0.4 miles from TNMOC (a leisurely nine minute walk).

The Colossus Galleries of the TNMOC is open daily from 10.30 am to 5 p.m. However, the rest of the museum is only open to the public between 12 p.m. and 5 p.m. on Thursday, Saturday and Sunday.

Visitors need to pay two admission fees to visit TNMOC. The first is to enter the Bletchley Park estate, and the second is to enter TNMOC’s facilities proper.

* Please note that Guided Tours are available at 2 p.m. on Tuesdays and Wednesdays, and at 10.30 a.m. on Wednesdays. TNMOC recommends advance booking, especially during school holidays.