In the wake of the incredible success of The Great Exhibition of 1851 in Hyde Park, the event’s patron, Prince Albert of Saxe-Coburg and Gotha (the consort of Queen Victoria), proposed that a portion of the massive profits from the event be used to create permanent centres of education around the country. A Royal Commission was subsequently created to turn Prince Albert’s dream into reality. This eventually led to the founding of the Victoria and Albert Museum in 1852, Natural History Museum in 1881, and more importantly, Science Museum in 1857.

The original design and facade of the museum was generally considered unattractive, leading to it being colloquially referred to as the Brompton Boilers. The exhibits inside were also rather modest at the beginning, dominated by decorative arts and building materials.

However, an exhibition in 1876, named the “Special Loan Collection of Scientific Instruments” proved to be a huge hit, and it triggered a change in the museum’s perception among the general public. Academically, the museum rapidly grew in prestige following the relocation of the Patent Office Museum into its premises in 1883. The introduction of the wildly revolutionary Children’s Gallery in 1922 by museum director Colonel Sir Henry Lyons, cemented the museum’s reputation as one of the premier museums in UK, if not in Europe. 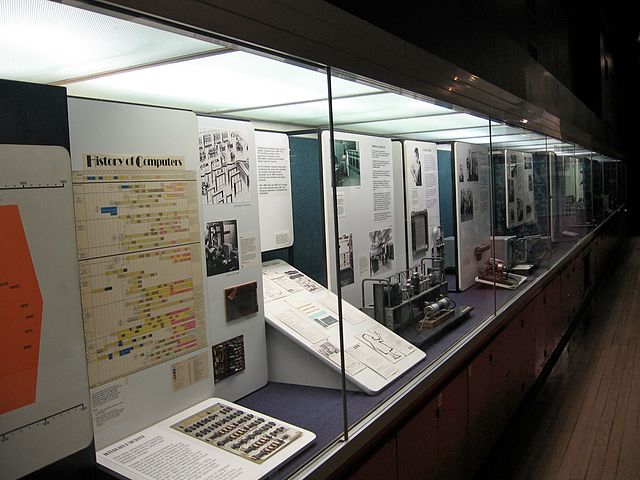 The last gallery, Information Age, is widely regarded as having the best and largest collection of science and technology exhibits in the country. The two standout exhibits here are:

• CDC 6600: The world’s first mainframe supercomputer. Only about 150 of the CDC 6600 were ever made owing to the high purchase and maintenance cost. Since it uses transistors instead of silicone processors, its computing power is even lower than modern home computers. However, at the time, only the CDC 6600 was able to perform many complex mathematical equations.

A walking tour around the Science Museum in South Kensington, London

The Science Museum is prominently located in South Kensington’s Exhibition Road, next to the Natural History Museum and opposite to the Victoria and Albert Museum.